A Funeral in Sumba (Indonesia) 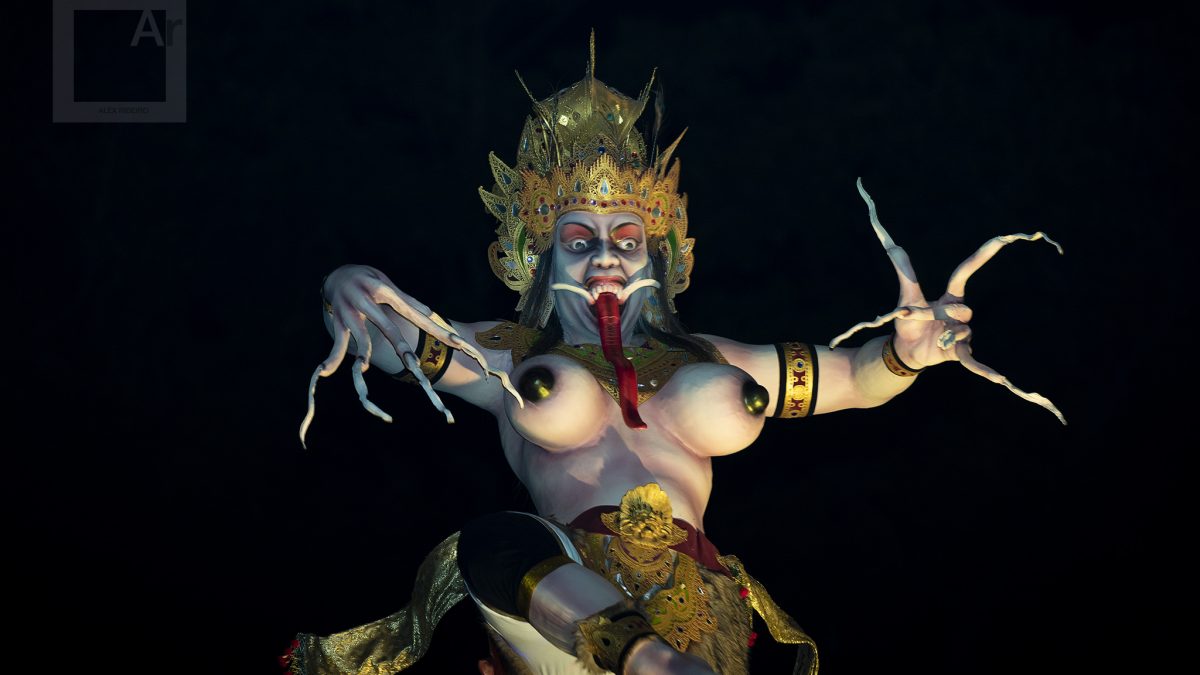 It’s a sort of Carnival, for children, and a big celebration for the Balinese, taking place in every village, the day before Nyepi (Balinese New Year) in Bali. In Mataram, Lombok, the parade used to last for a whole afternoon and evening, extending for over 10 km.

As with everything that is Hindu related, this celebration seeks balance: in this case, a purification from all the noxious spiritual human practices, committed throughout the year. These ones are portrayed as demons, made of bamboo, styrofoam and paper, on ephemeral figures which can reach a few metres in hight. Some can be quite elaborate, with exquisite design and engineering, vibrant colours and fancy led lights.

Preparation starts many weeks or months before the parade. We can see groups of adolescents and children working on it at the evenings in the Banjars and warehouses. Usually, the Seka Truna Truni (Balinese village’s youth organization) make at least one, the children another small one, and, eventually, the some artists make a few more.

Despite its importance, this tradition is quite recent, dating to the early eighties, when it was used to criticise Suharto regime. Political messages are still present today, but not that often.

The day starts with a temple ceremony: Pengerupukan, where beside from praying, every family takes home cooked rice and holy water, to make their own offerings to the earthly spirits. Somewhere during the afternoon, the Ngrupuk parade will start, finishing near midnight.

In there, the Ogohs are carried over a bamboo pad, by at least 8 men, or children. They are paraded around the village, until the cemetery, where they are supposedly cremated, to extinguish the evil influence. In some crossroads, they are rotated, frantically, tree times, counter-clockwise in a sort of exorcism to get rid of the evil spirits.

This parade is accompanied with one or several gambelan music bands, sometimes including showgirls.

The one shown in here happened on a village near Mengwi, and also featured dances and educational theatric performances inspired on the ancient Indian Scriptures. It was made into a sort of contest, on which a jury evaluated the performances, with prizes to be attributed to the winning banjars.

Celebration usually ends with the ritual cremation of the figures, at the village’s cemetery. However, I have been observing that more and more are saving complete Ogohs or, at least parts of them for the following year, voiding the whole ceremony of its meaning. 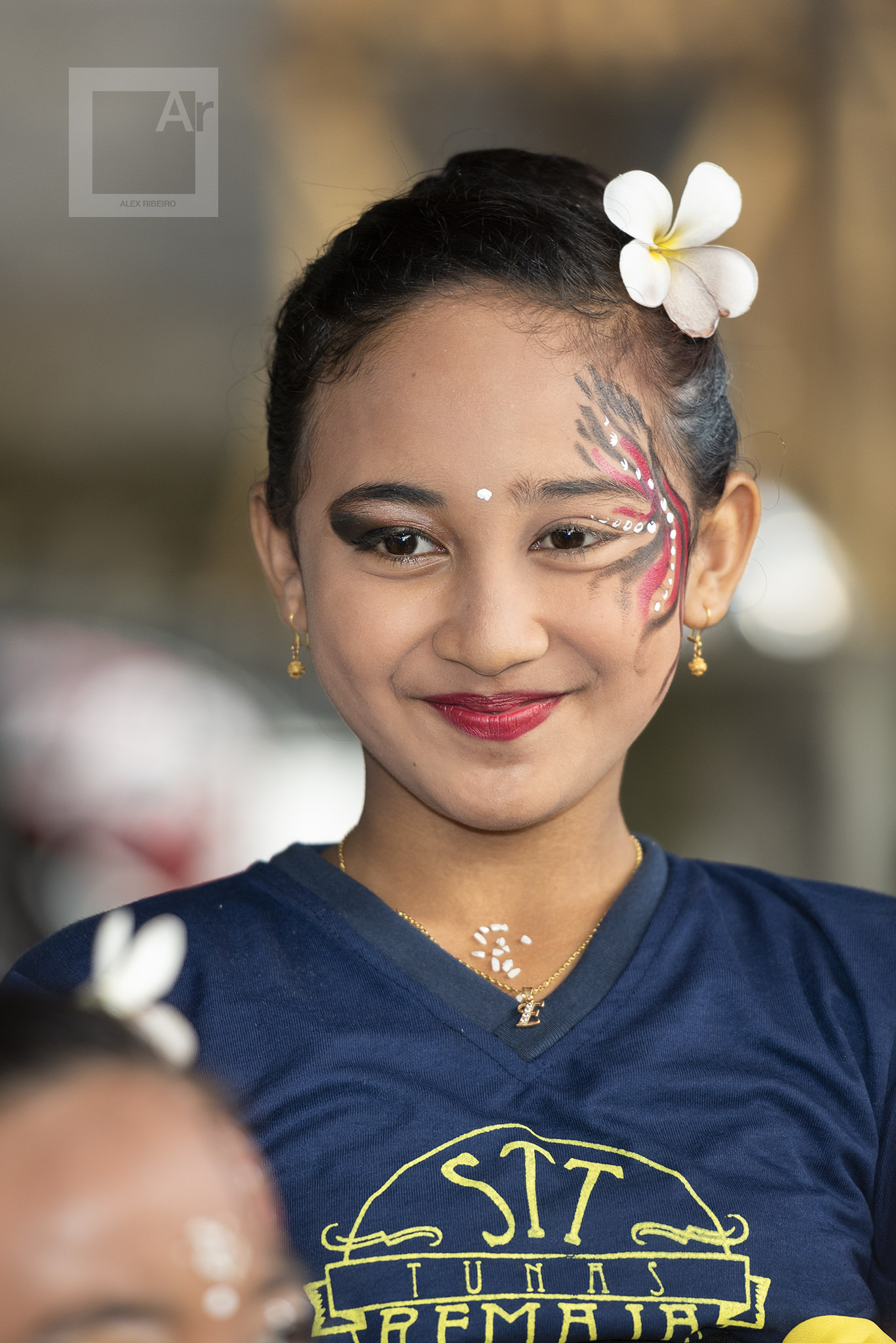 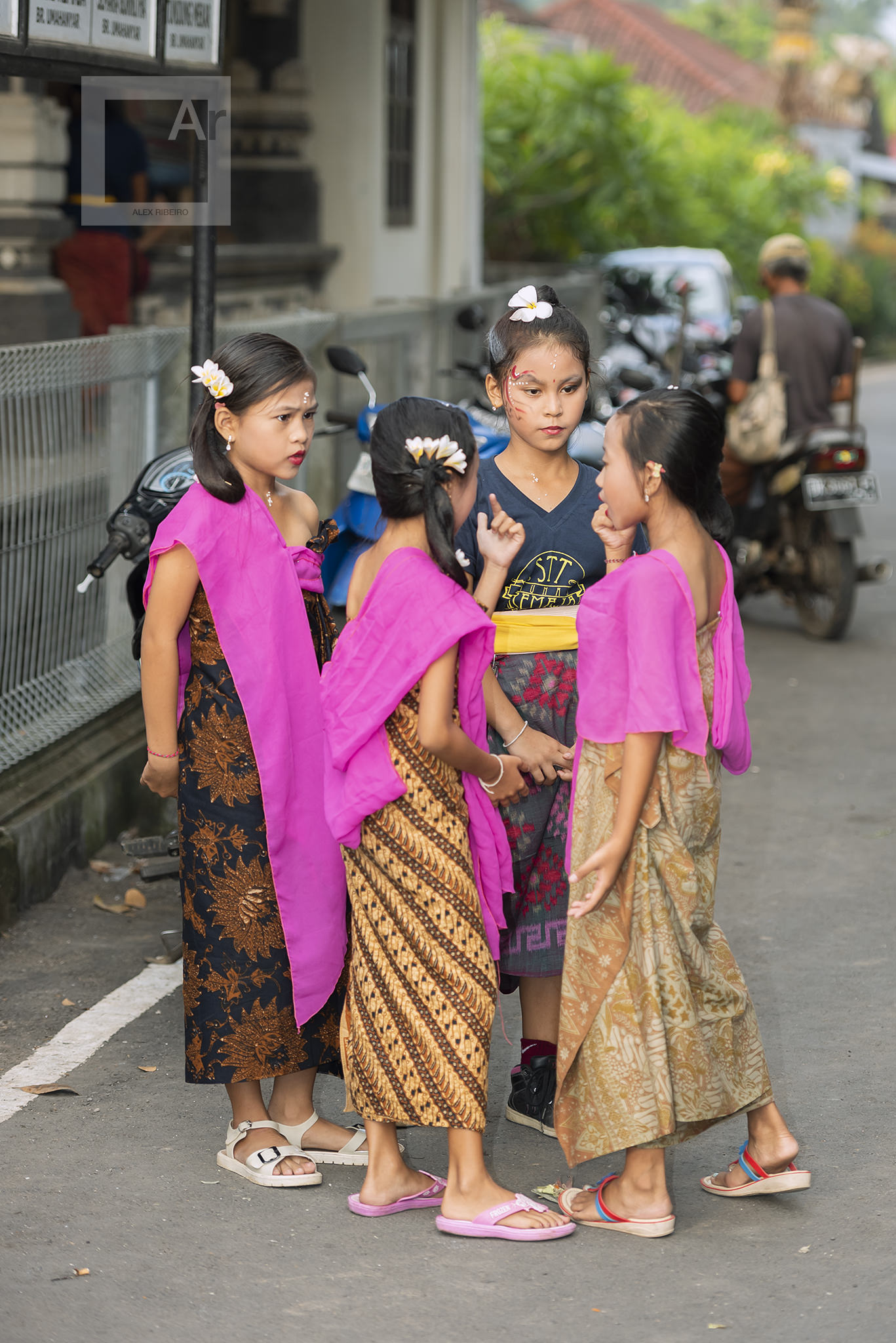 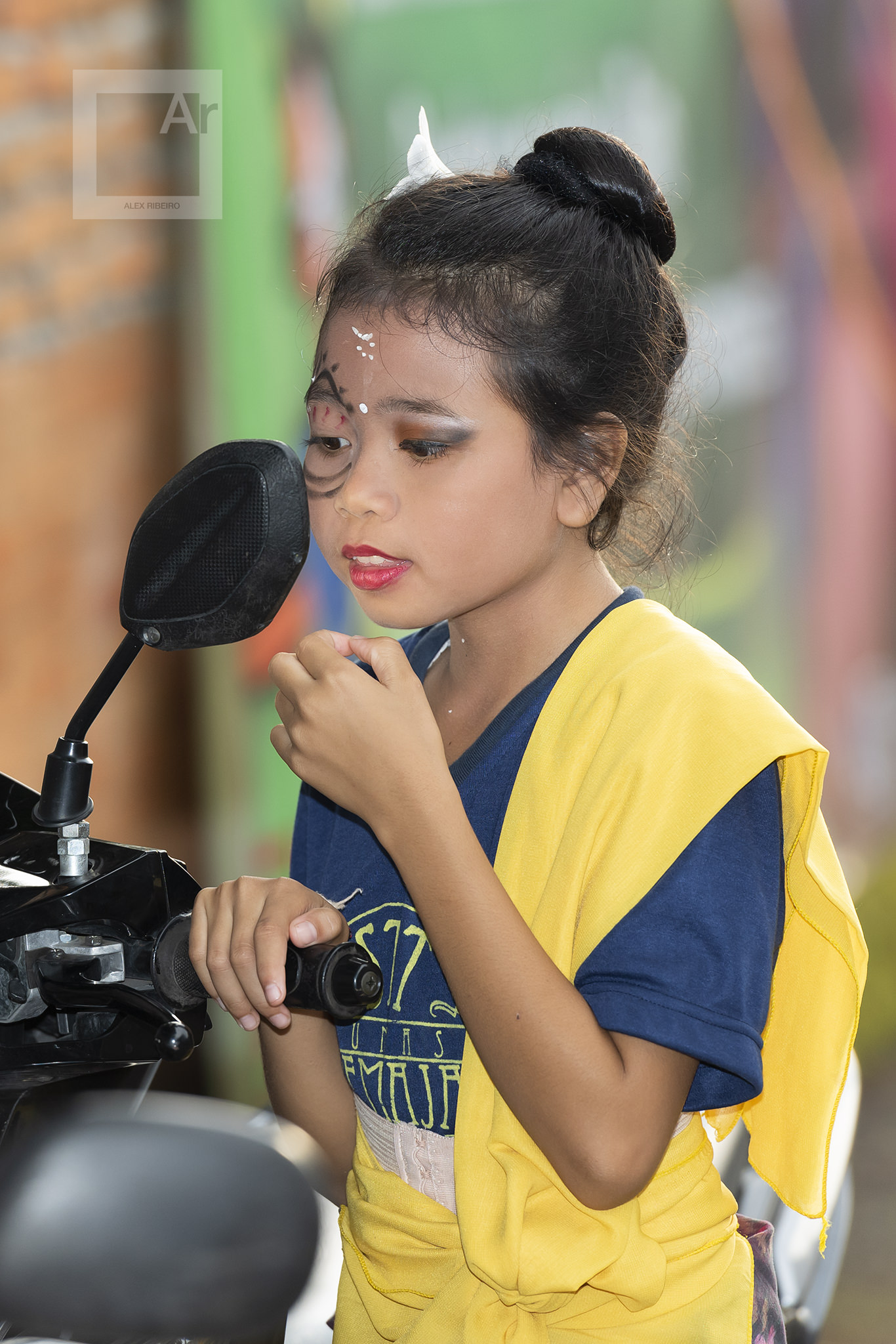 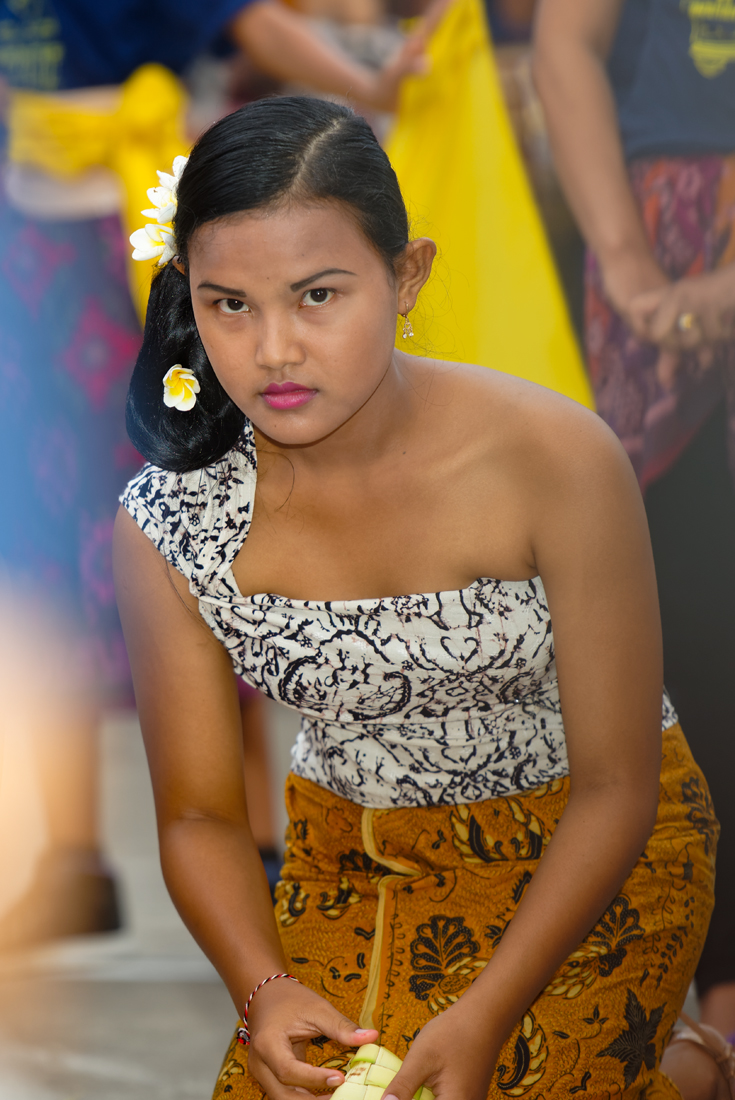 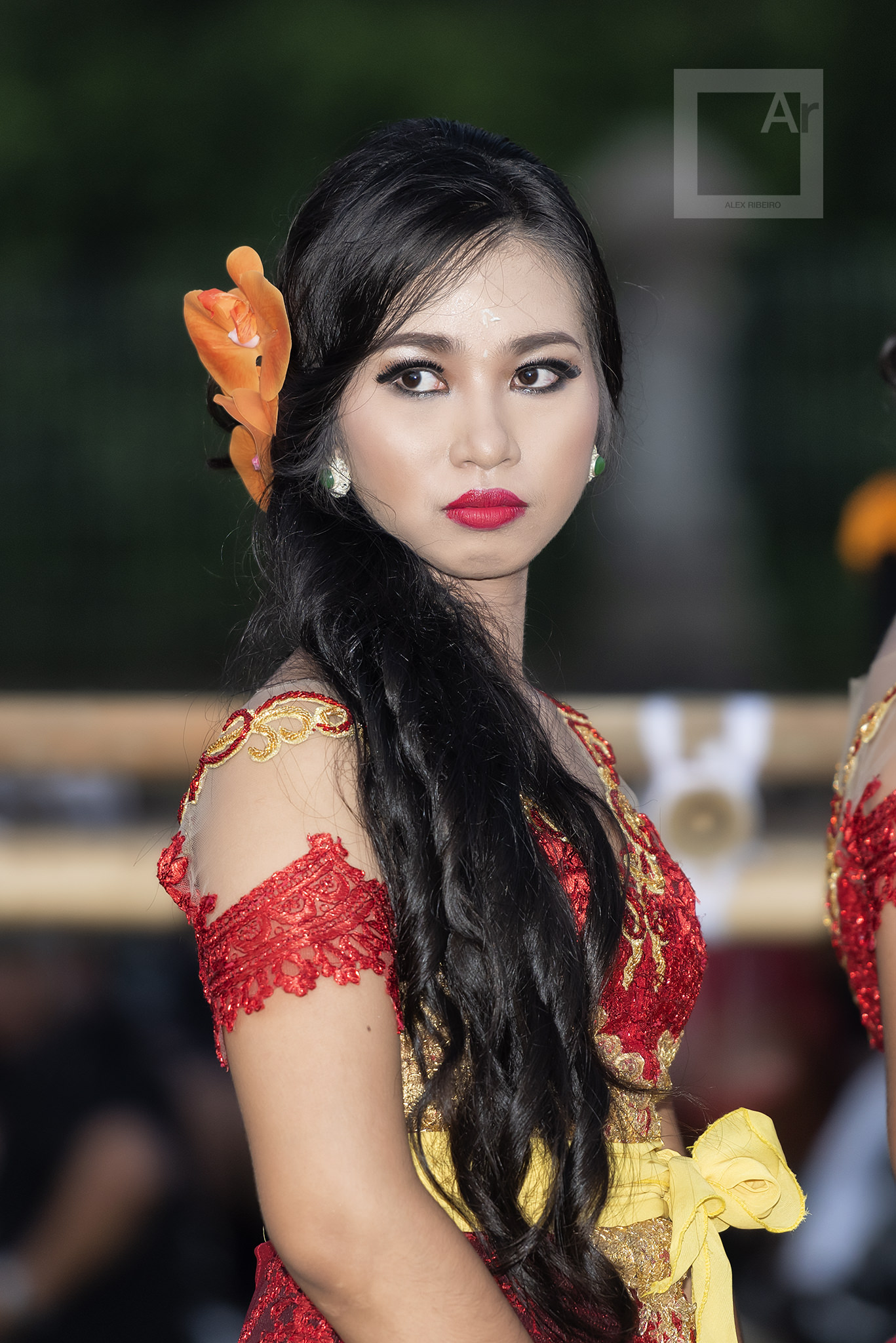 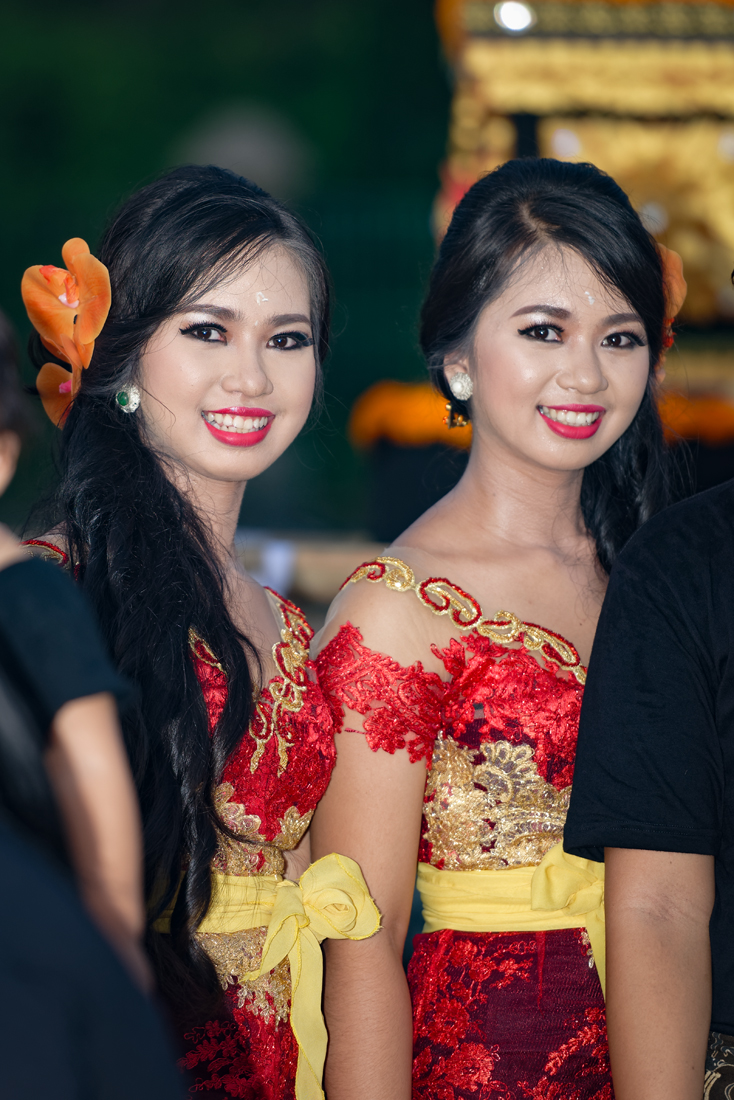 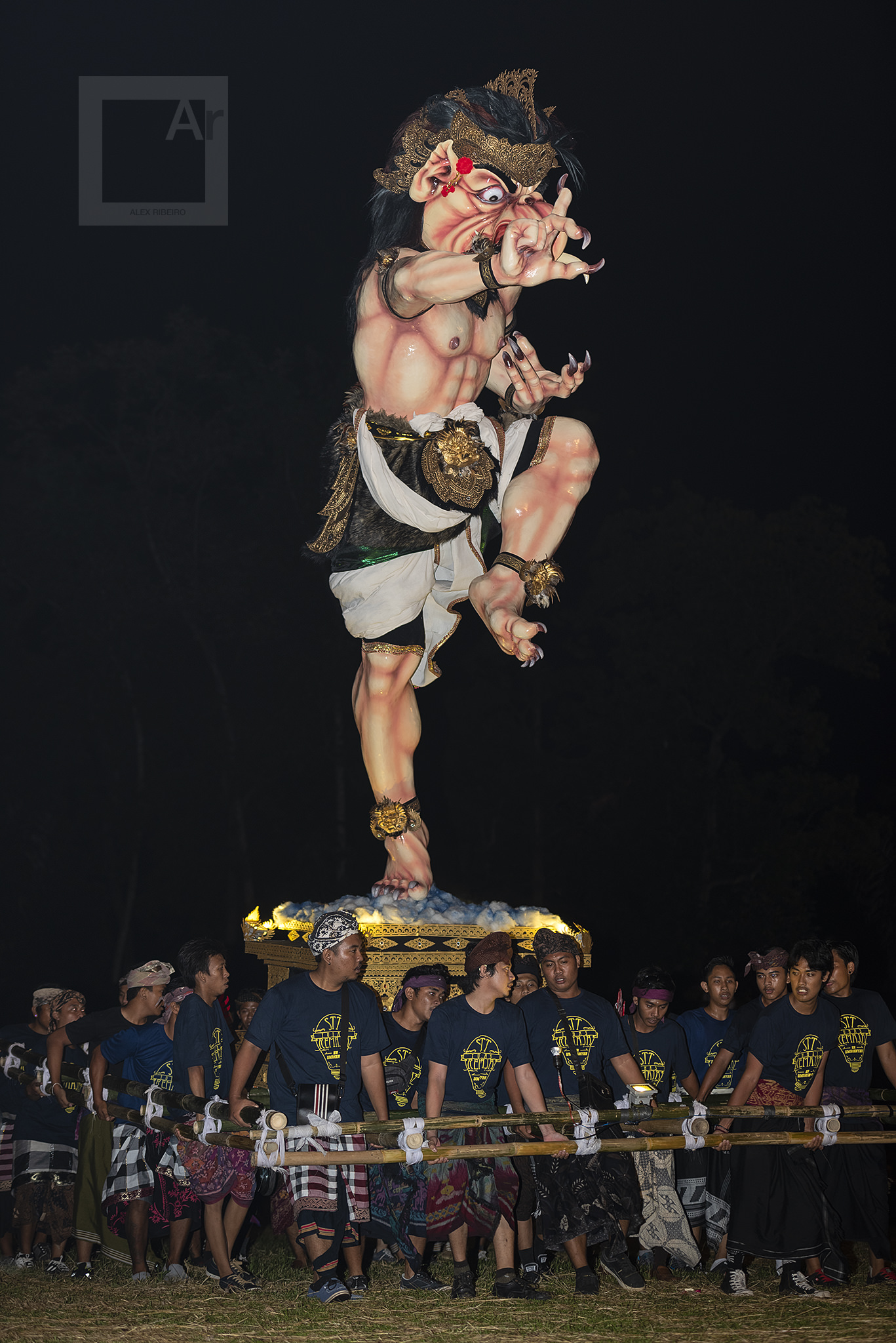 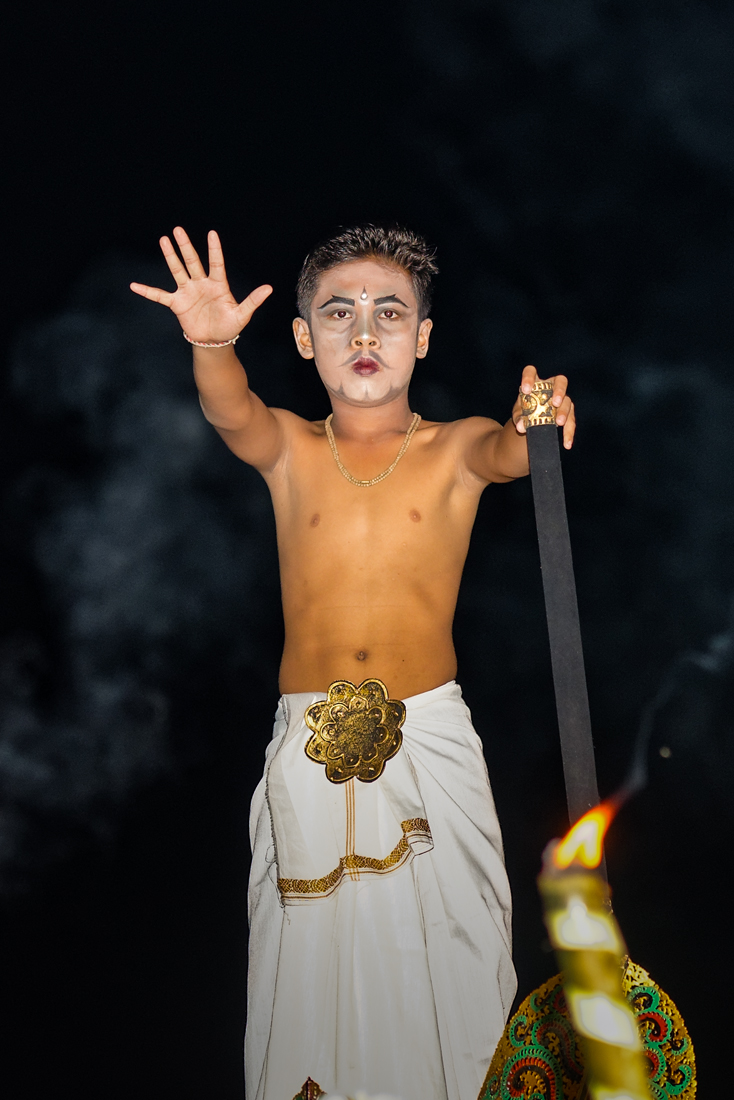 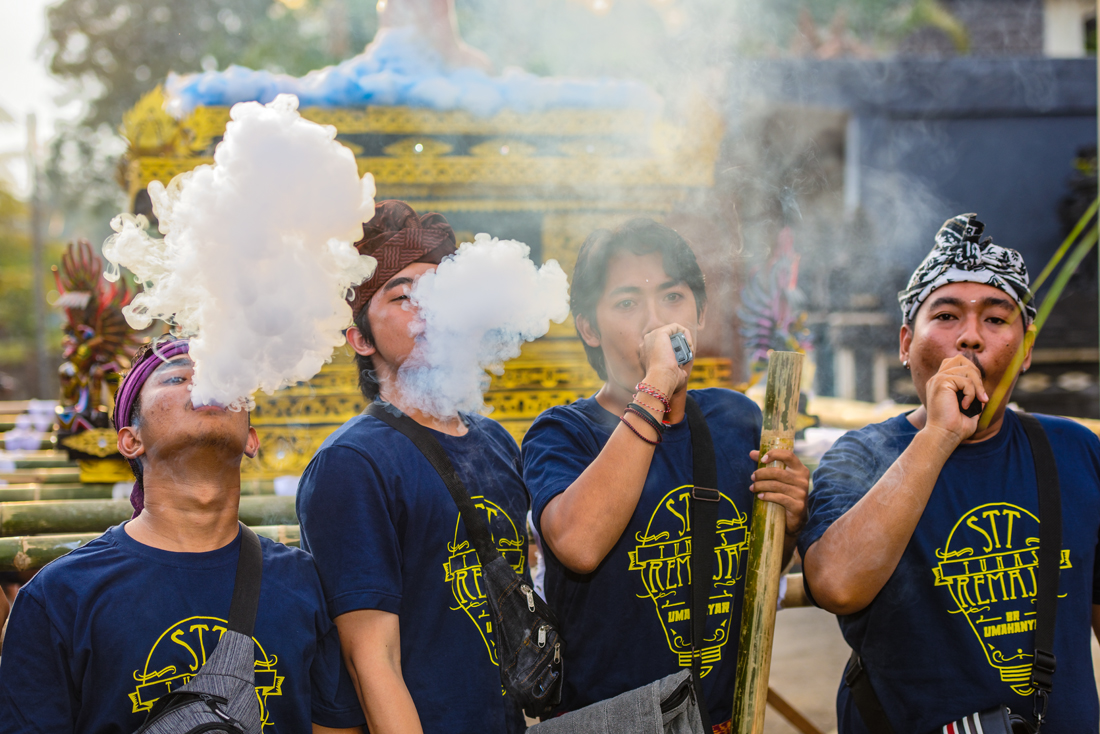 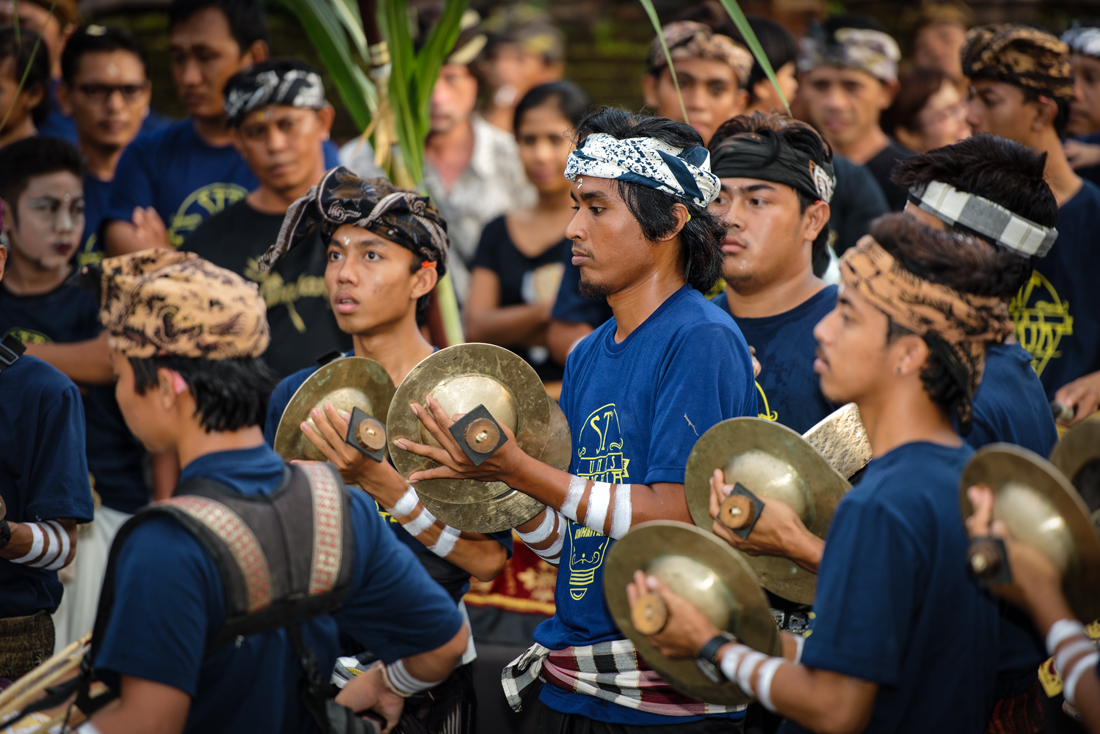 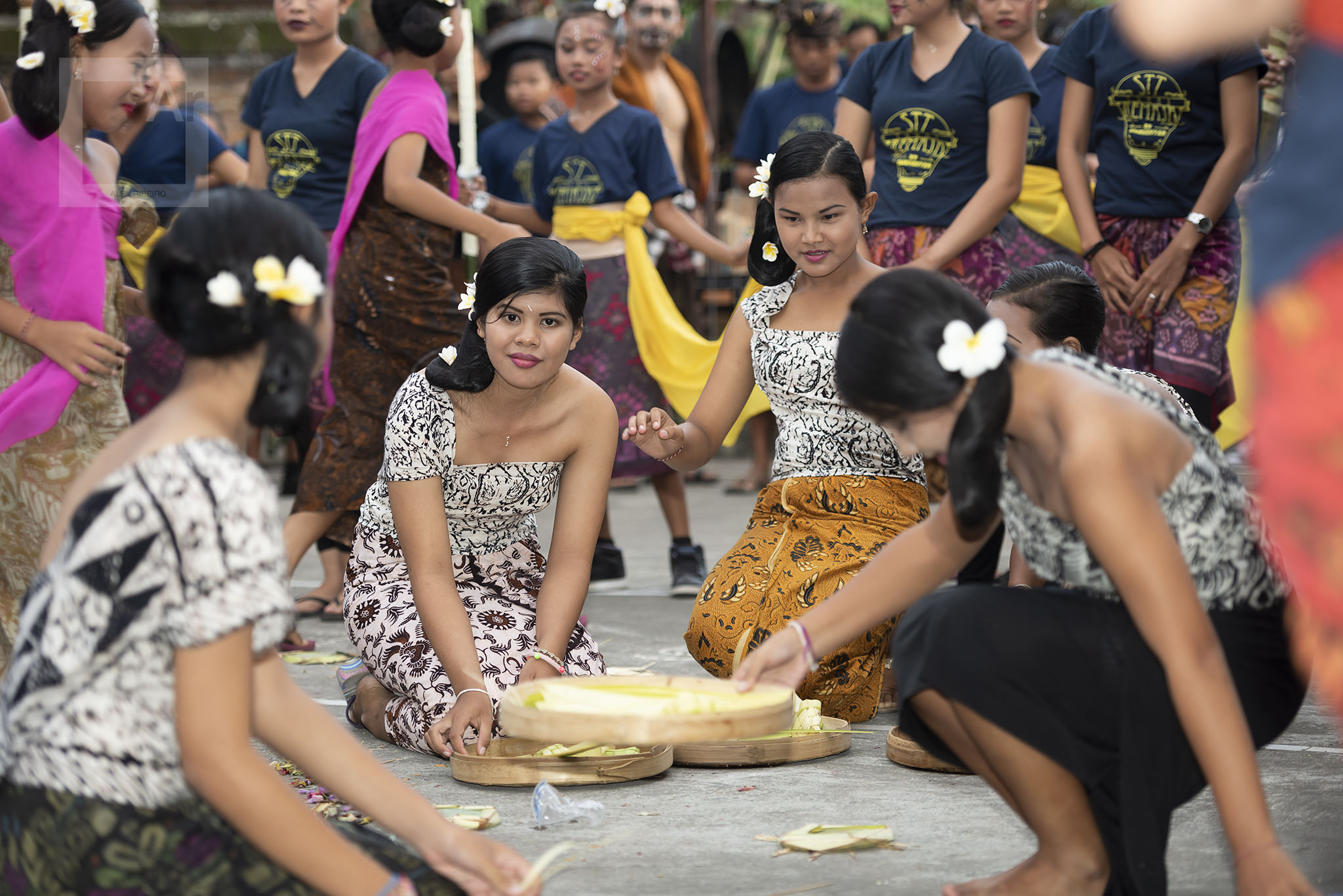 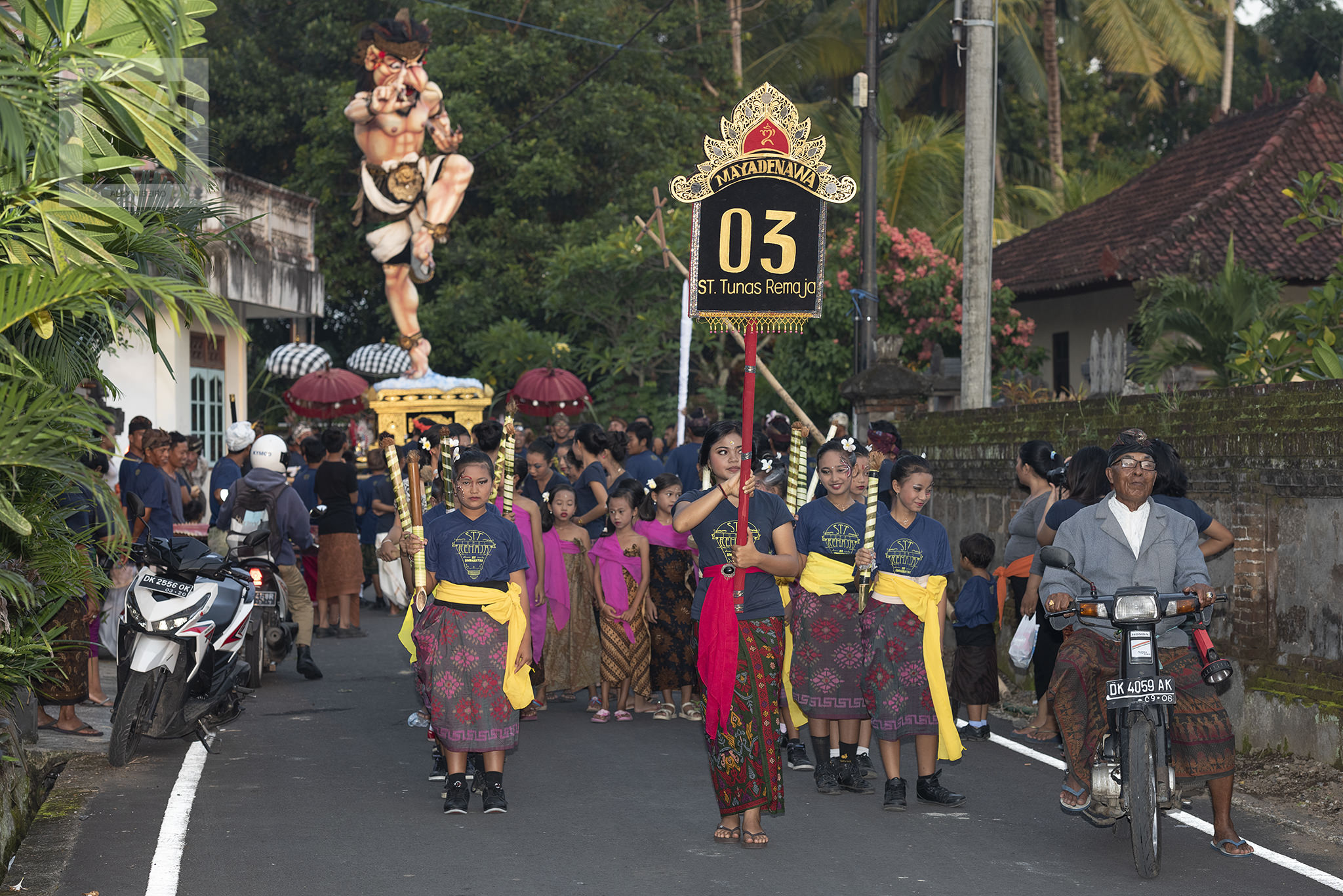 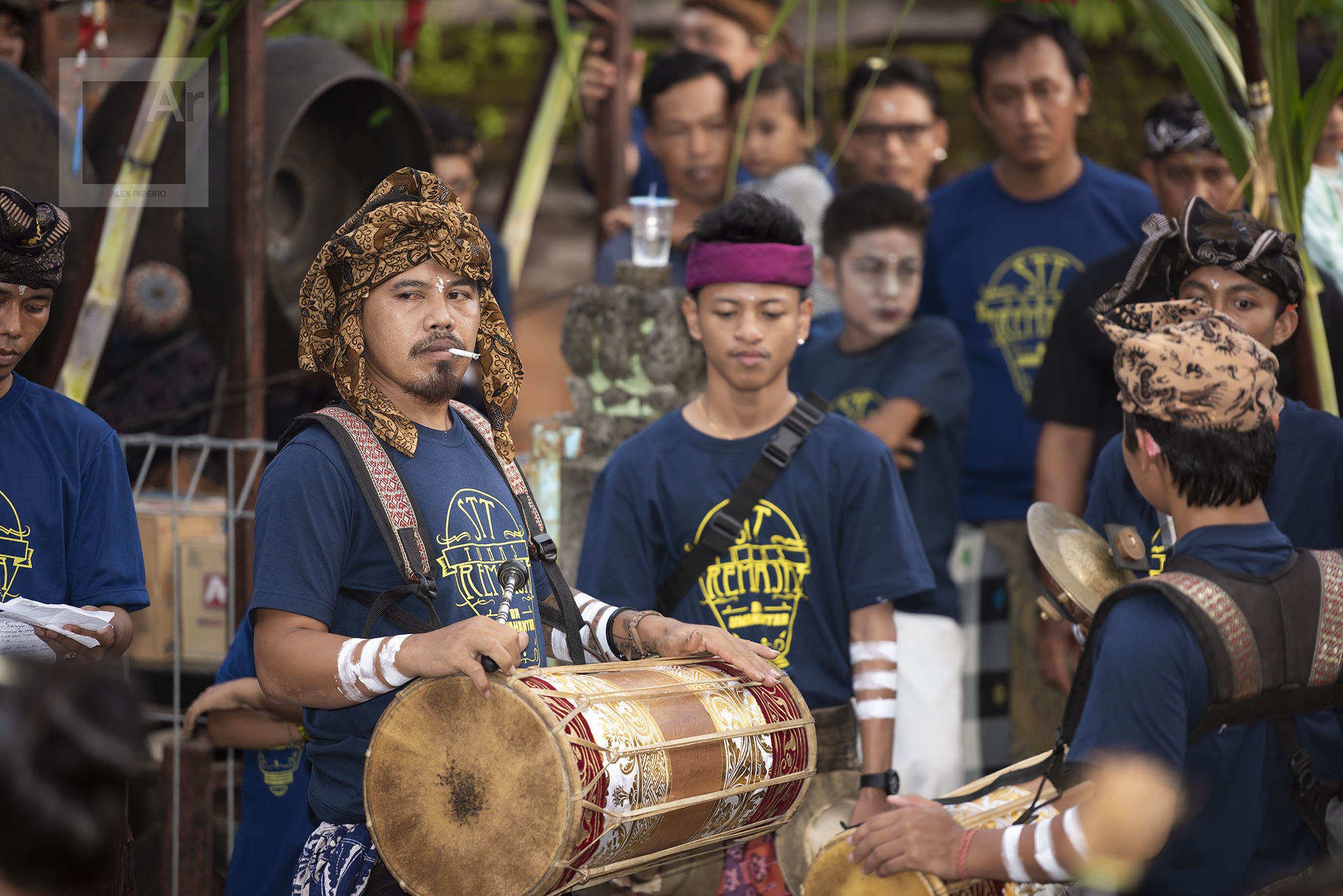 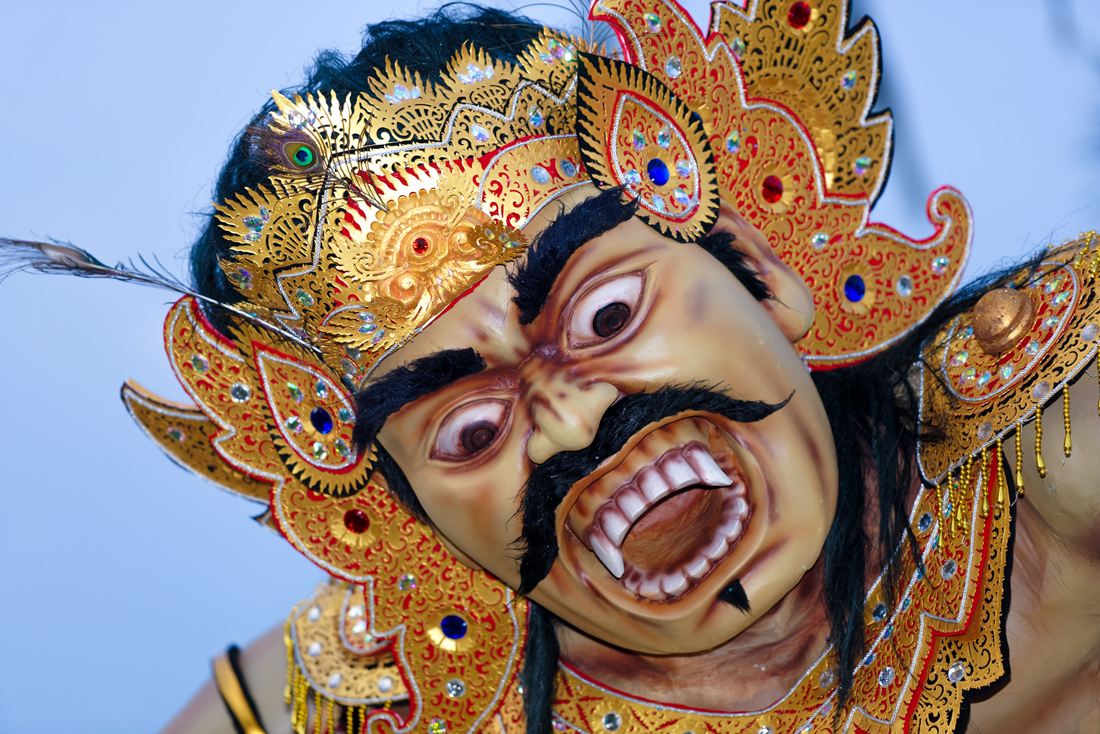 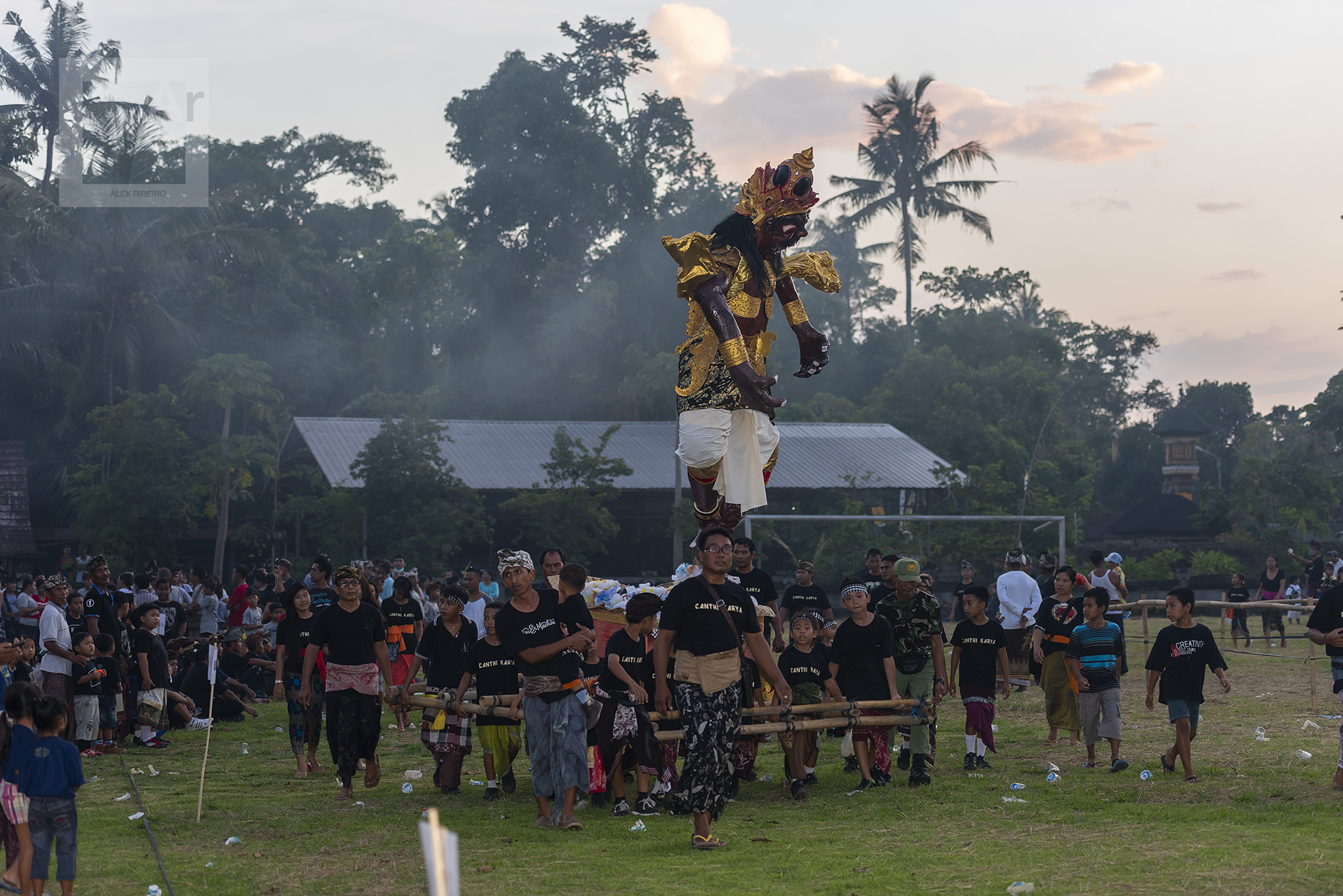 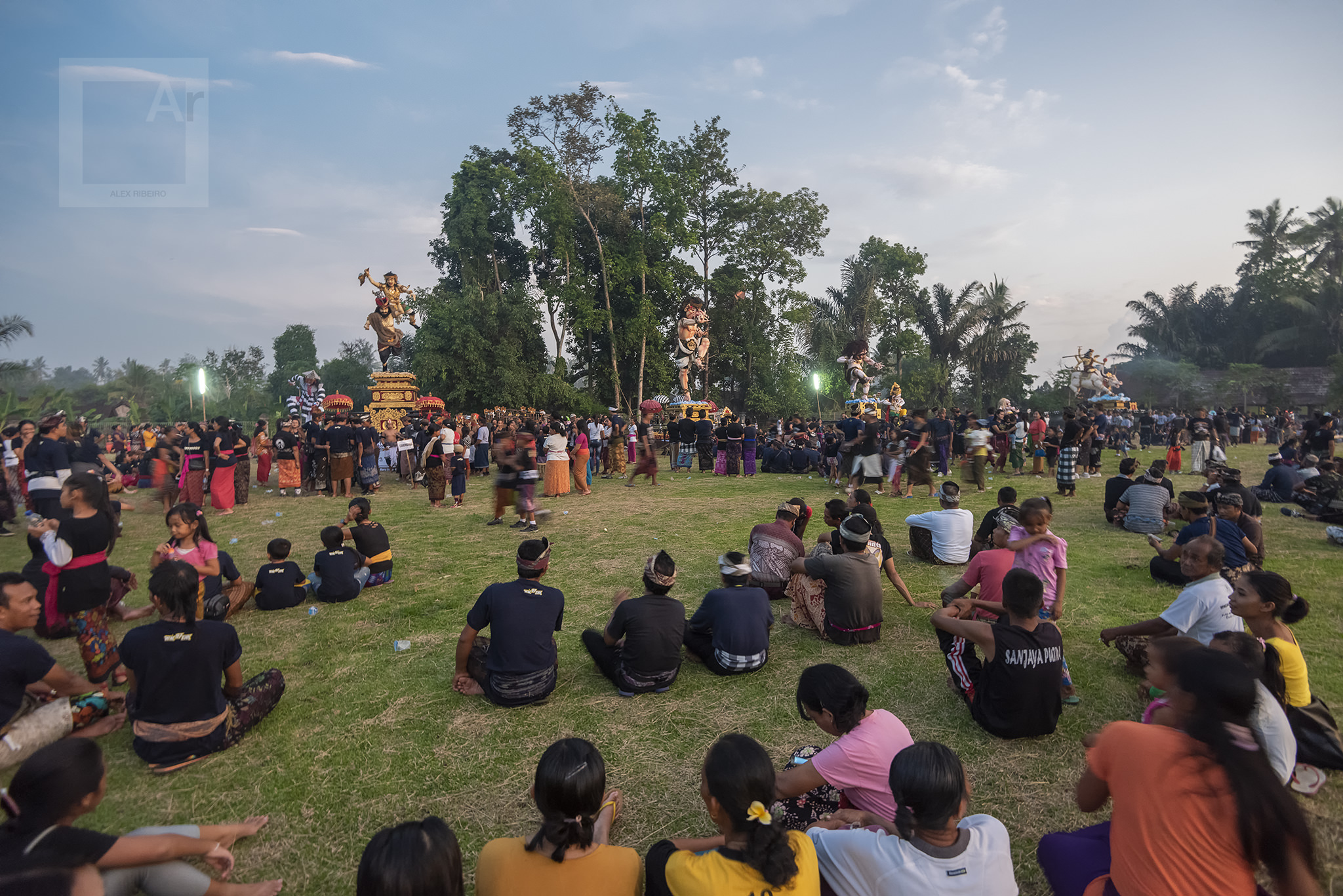 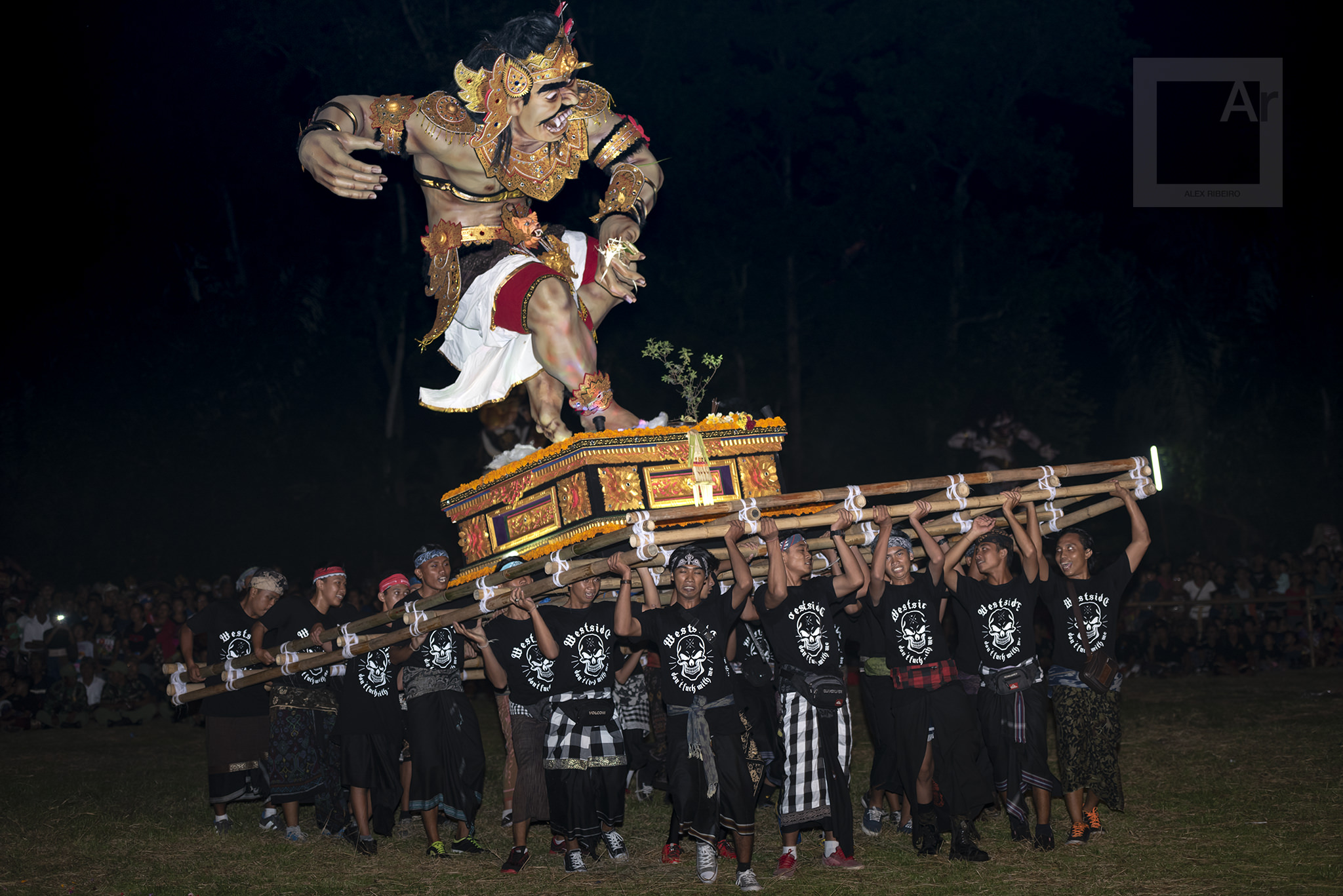 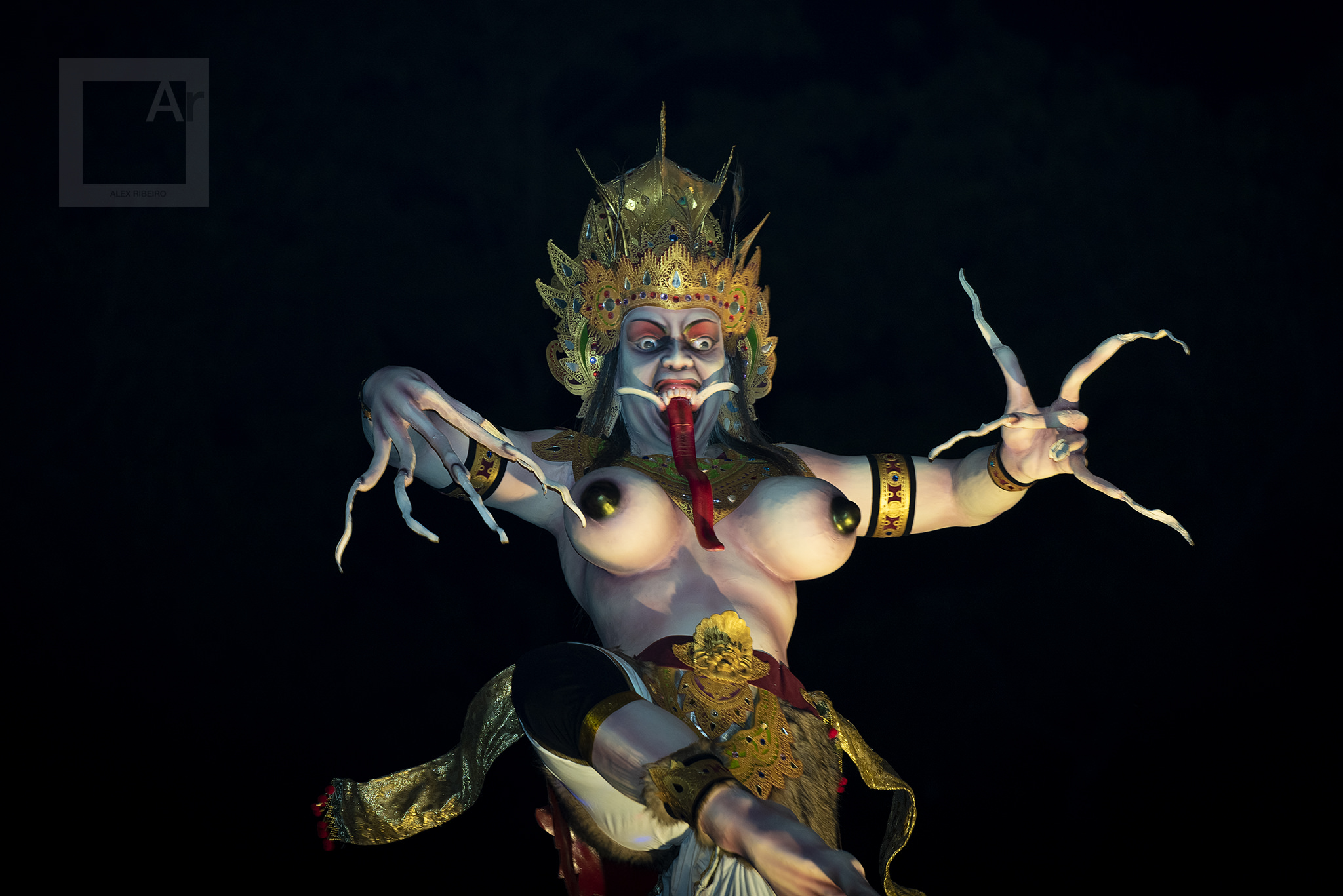 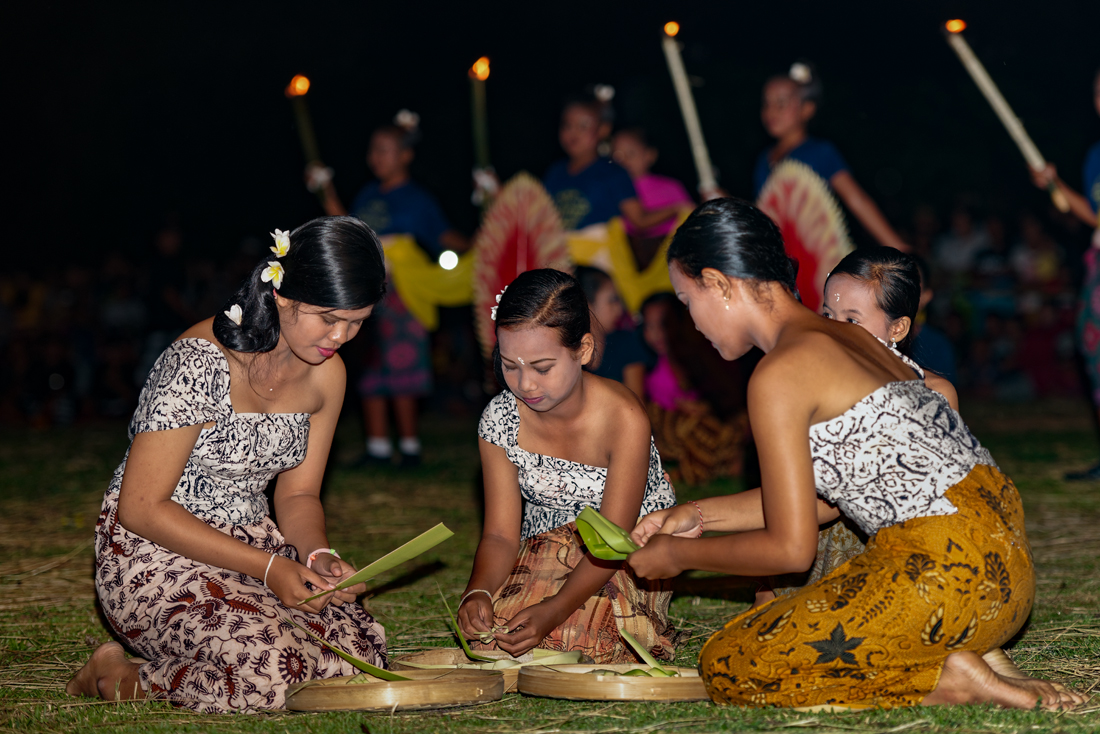 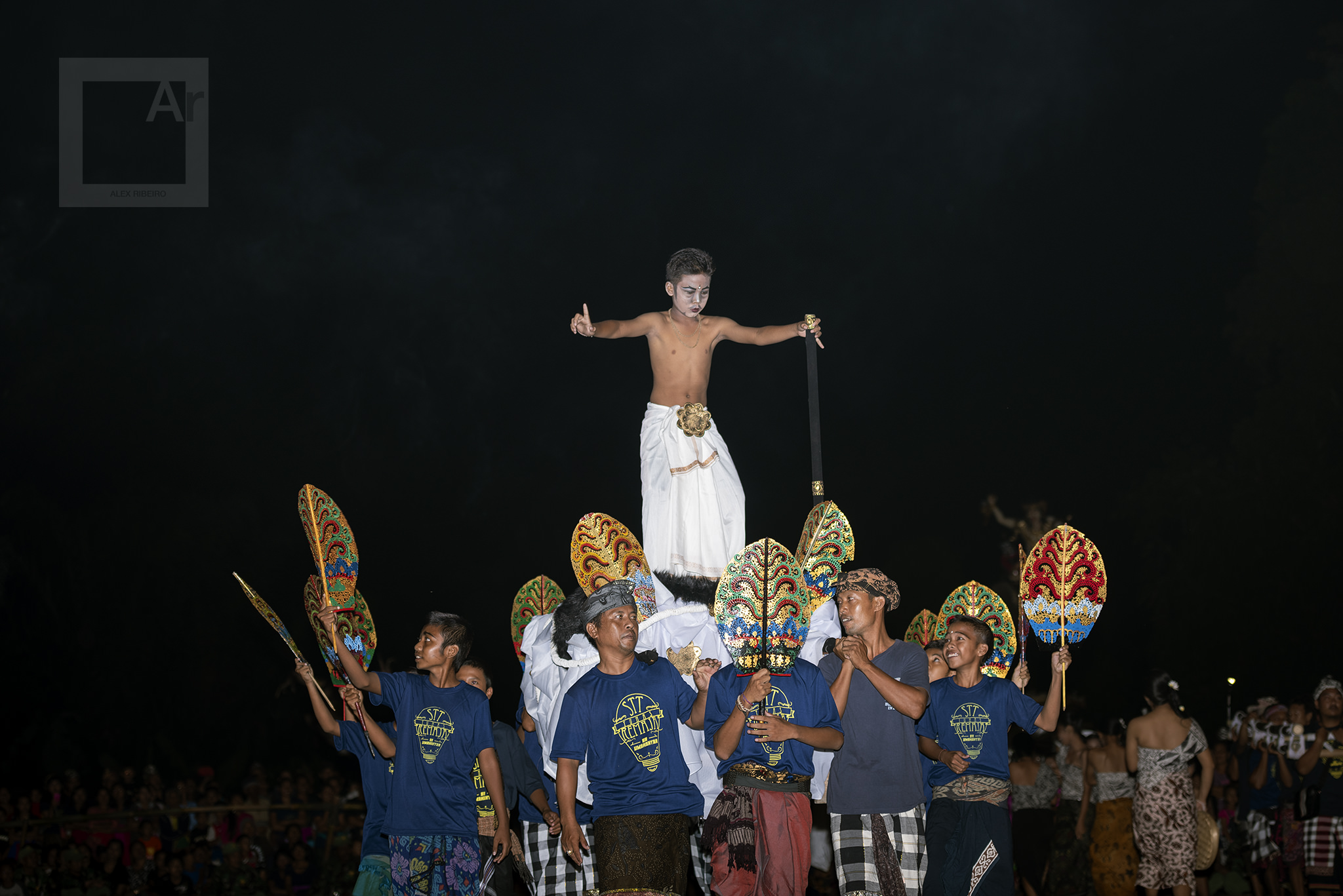 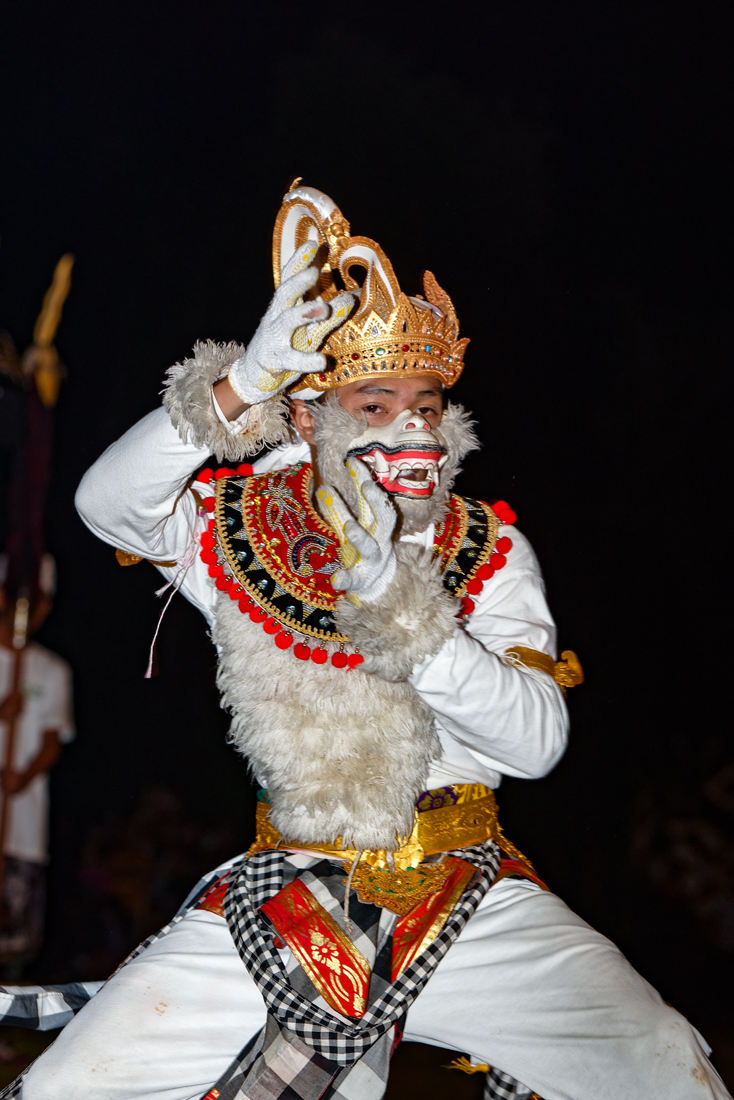 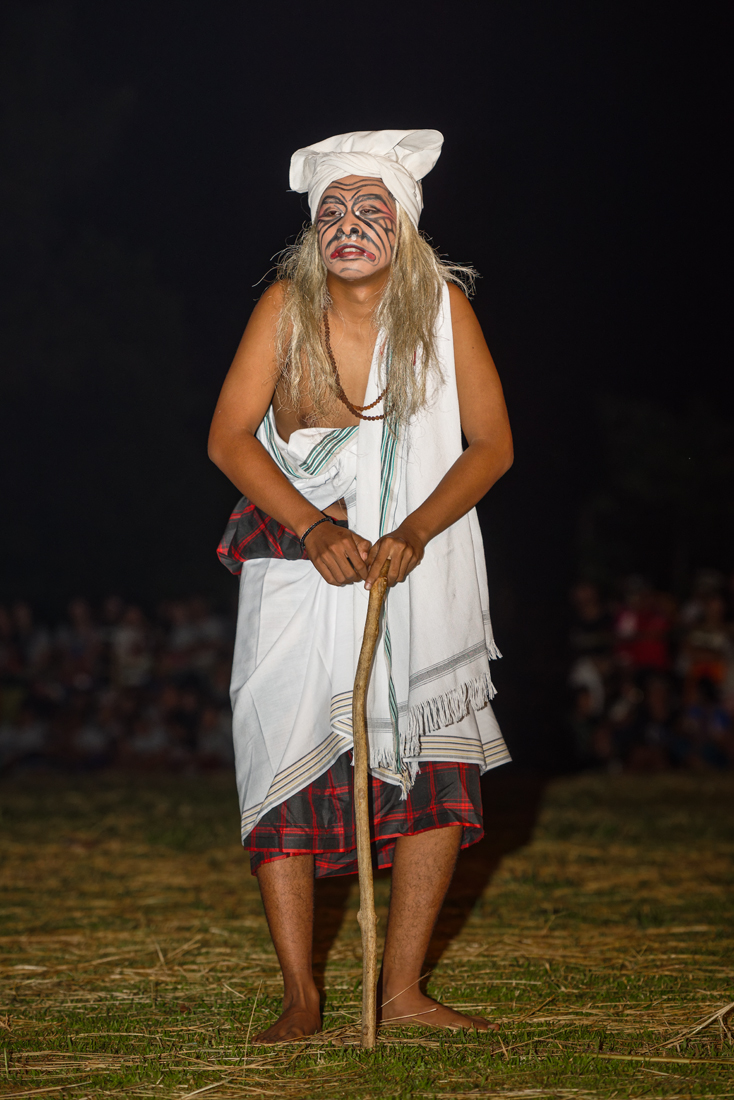 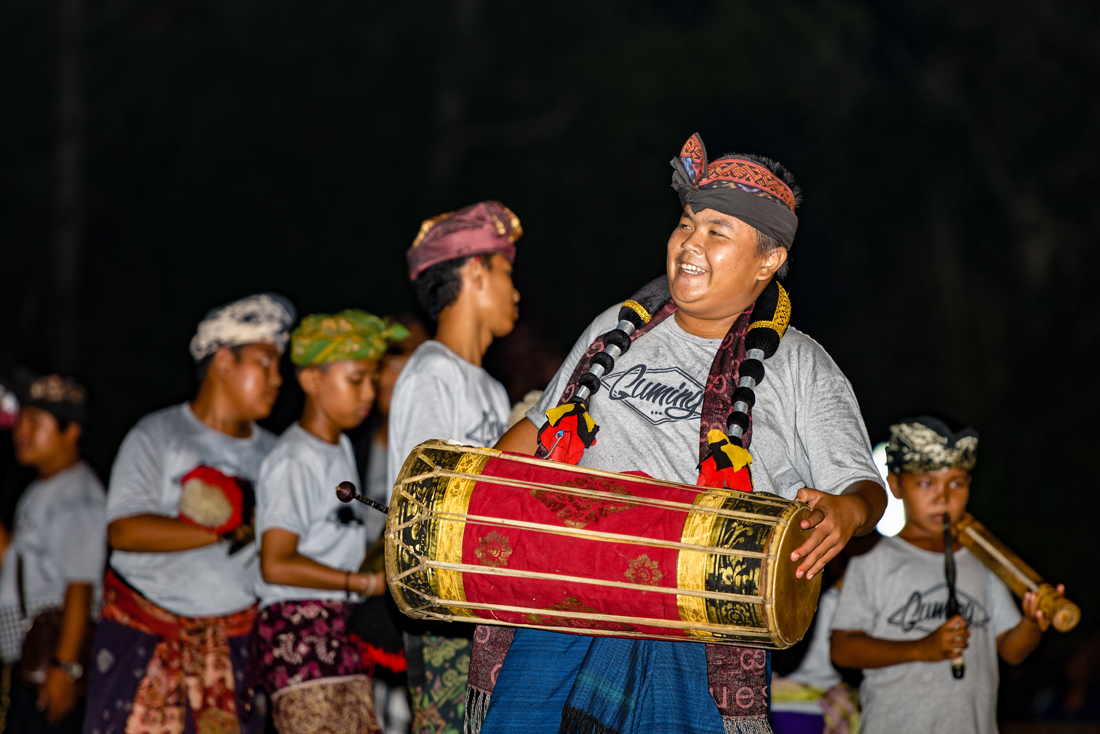 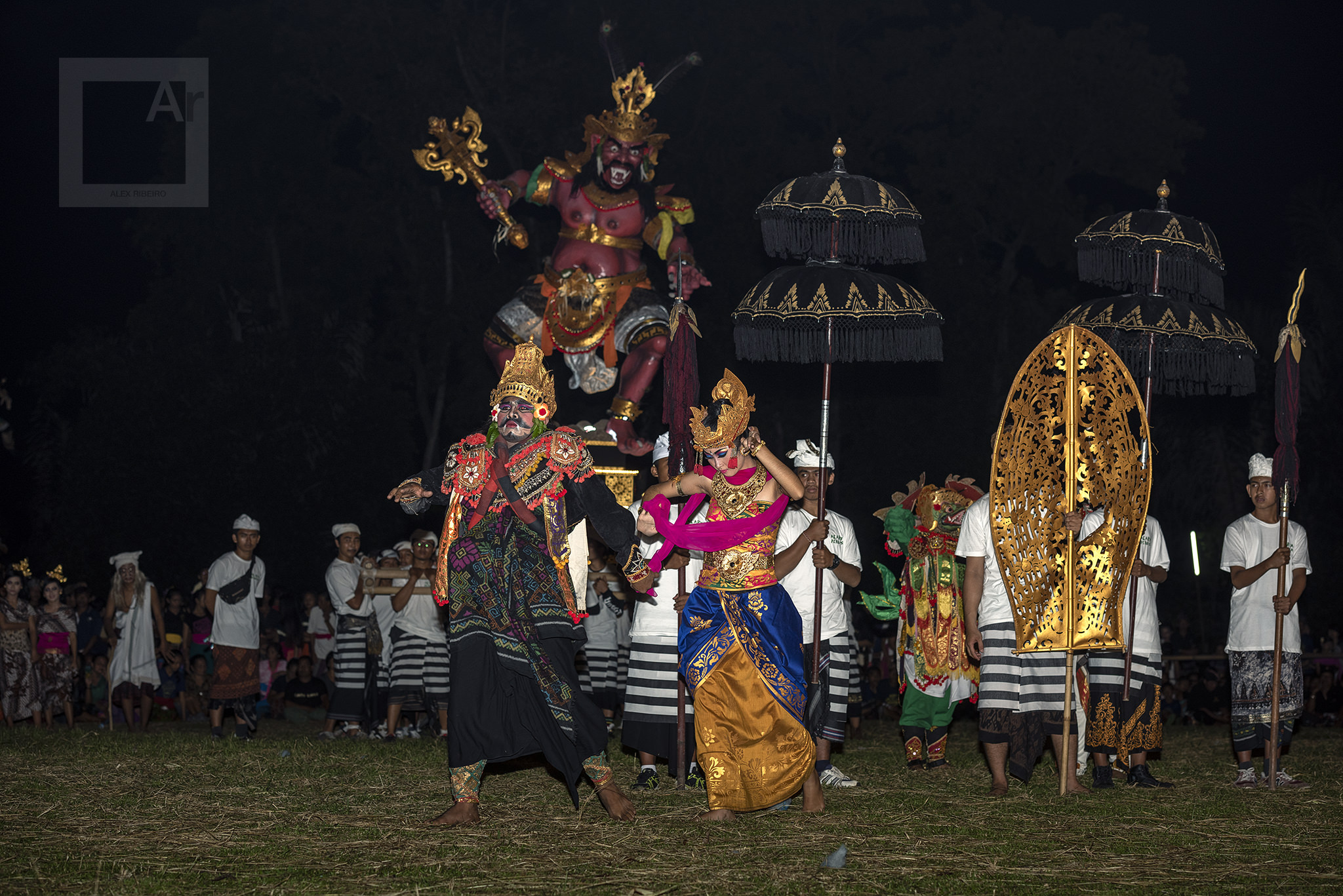 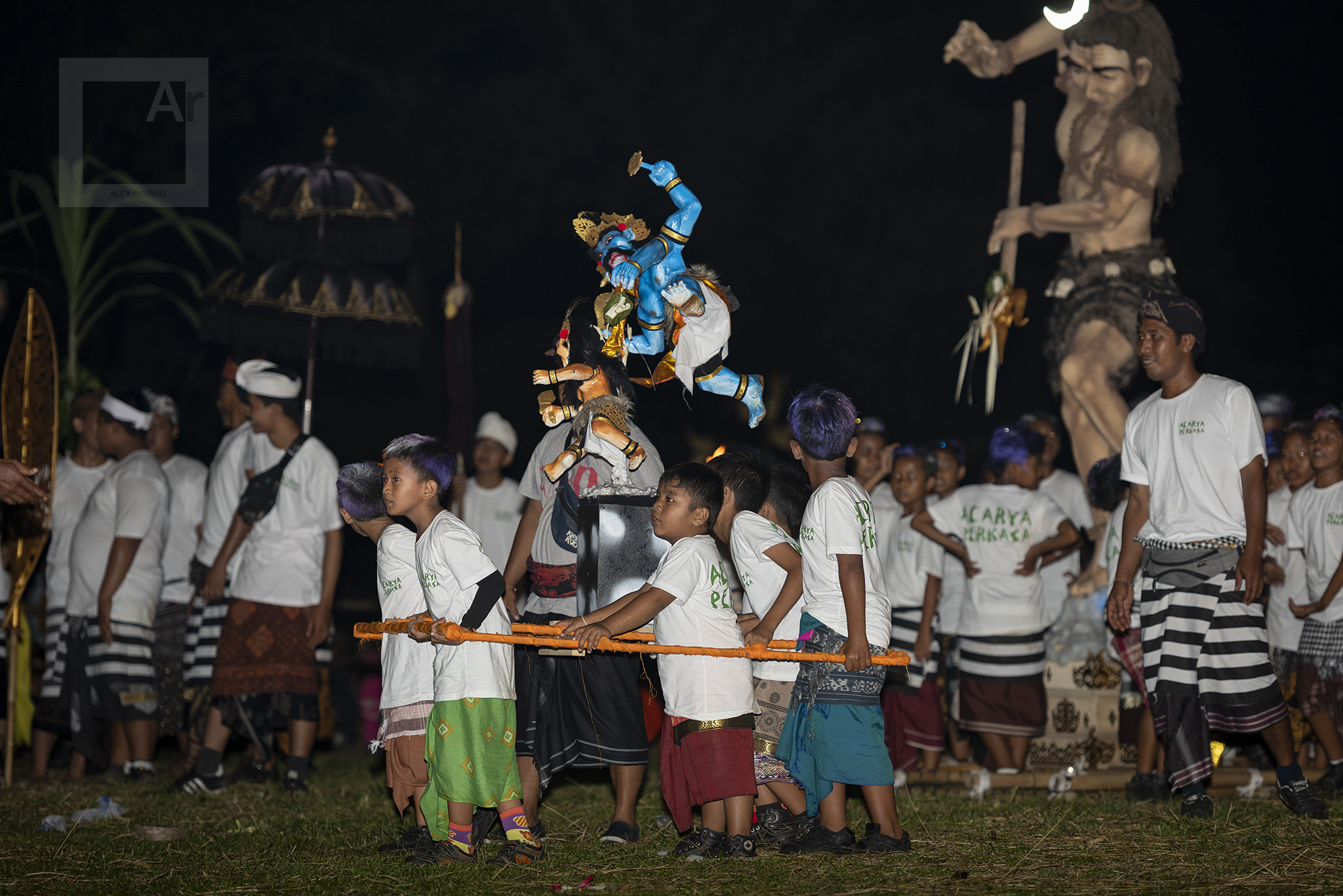 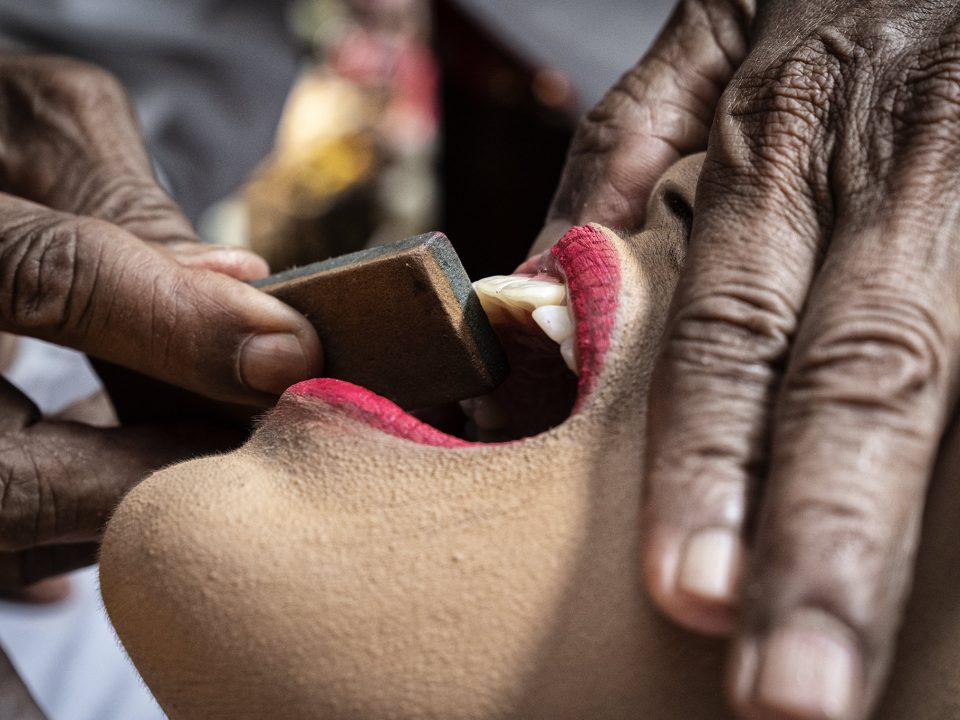 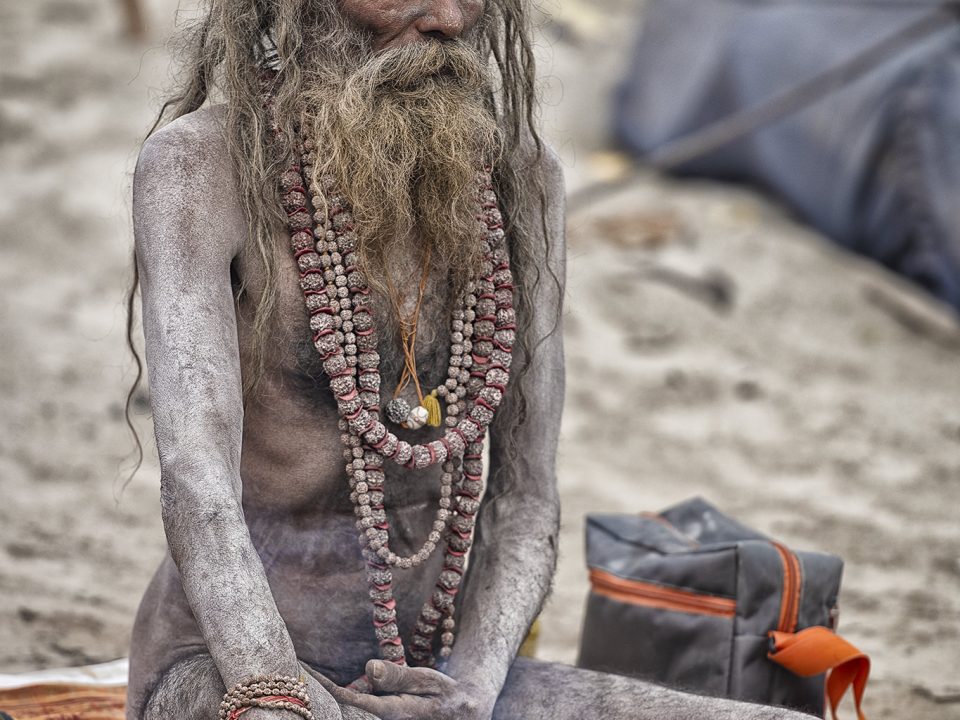